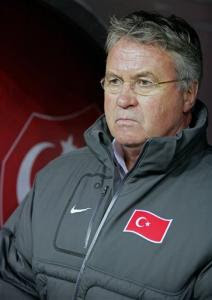 
This was disaster and choking by whole Turkish National football team on Friday night in Turk Telekom Arena in Istanbul, Turkey!.

No one could even imagine this score, even Croatia coach Slavan Bilic!

Just when the match started, in the second minute of the match, how could you let down!

Where is being focus and being alert on defense!

Where was the team discipline?

Al the trouble and let down in the team started with this...

Every player on the pitch, was shocked and lost their focus...

There was still 88 and plus minutes to play... but, Turkish National team players just did not act that way!

After Ivica Olic's second minute goal, Mario Mandzukic doubled the lead at the end of the first half of the match!


You figure, coming out of the locker rooms, you would see more hungry team, right?


Wrong, they were all demolished and distracted!

You would think,they would regrouped at half-time.....

Croatia scored the third goal, six minutes in to the second half of the match!

Fans at the Turk Telekom Arena started the booed Guus Hiddink,keeper Volkan Demirel and the team! 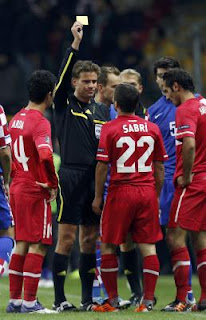 Four of the Turkish National players getting yellow card showed there was no disipline on the field..

That means these four players won't play in the second leg match on Tuesday!

Do you see the team discipline and players dignity playing in this very important match?

Turkish National team as a whole team from top to bottom choked on Friday night...

With the way they played and the dignity they showed on the field!

It was disaster for Turkey and revenge for Croatia .....

After the match everyone asked Guus Hiddink to resign!

They were even talking about new name for coaching job!

The man who has no international experience but only one year with Turkish U-17 National team!

And he is been at unpressurized job where he is the coach for Istanbul Municipality football team, Buyuksehir ...

The only team without a fan base in Turkey! 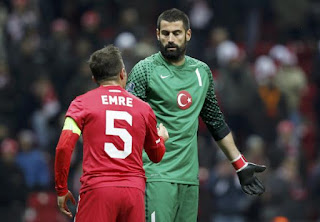 After the match Hiddink said, he was taking full responsibility but his players did not executed things properly!

Maybe Turkey does not need a world famous tactician coach,,,,

Maybe Turkey needs emotional coach from side lined would yell and shout, all the time!

Finally, when you take only two shots on goal in the whole match and on the other hand Croatia takes 10 shots on your goal..that sums up this first leg match!

Like, Hiddink said after the match, "It is almost impossible to qualify now"

Second leg match on Tuesday has no meaning for Turkey!

They have chocked in Istanbul and lost their creditability and pride....
Posted by TURKISH FOOTBALL BY AHMET BOB TURGUT