Turkey's squad for the upcoming EURO 2012 qualifying matches against Kazakhstan and Austria has been announced Guus Hidddink.

Players will meet at İstanbul Swissotel The Bosphorus'da on 27 August Saturday.


After that match, Turkish national team will fly to Vienna on September 4th.


Austria-Turkey EURO 2012 qualifier will be played at Ernst Happel Stadium on September 6th at 20.30 Turkey time.

TRABZONSPOR IN GROUP B , IN THE CHAMPIONS LEAGUE

Trabzonspor will face Inter Milan,CSKA Moscow and Lille in the group.

Email ThisBlogThis!Share to TwitterShare to FacebookShare to Pinterest
Labels: IN THE CHAMPIONS LEAGUE, TRABZONSPOR IN GROUP B

The fixtures for the 2011/2012 season in Turkish Spor Toto Super League have been announced in Istanbul on Thursday.

According to fixtures drawn at studios of Lig TV, official broadcaster of the Turkish first division league, Week-1 matches to start on September 9 are as follows:

The UEFA Emergency Panel, composed of the UEFA president and four members of the UEFA Executive Committee, met Wednesday following the decision of the Turkish Football Federation to withdraw Fenerbahce from the 2011-12 UEFA Champions League due to the fact that the club has been involved in alleged match-fixing, a statement on UEFA's website read.

Turkish football has been mired in a match-fixing scandal since a police operation on July 3.

Among the many people detained are the chairman of Turkish champions Fenerbachce and other high-level officials from the club.

The draw for the UEFA Champions League group stages is set to be made on today.

FENERBAHCE OUT OF CHAMPIONS LEAGUE

Turkish champion Fenerbahce has been removed from the Champions League because of an ongoing match-fixing investigation.

Turkey's Football Federation says it has withdrawn Fenerbahce after meetings on Wednesday.


Fenerbahce's removal comes 24 hours before it was to take its place among 32 elite European clubs in the group stage draw being conducted in Monaco.

It is unclear how UEFA will choose a team to replace Fenerbahce, which is suspected of fixing matches to win the title last season.

Runner-up Trabzonspor was eliminated in the Champions League qualifying rounds but has also been implicated in the match-fixing probe.

Email ThisBlogThis!Share to TwitterShare to FacebookShare to Pinterest
Labels: FENERBAHCE OUT OF CHAMPIONS LEAGUE

Aziz Yildirim, the chairman of Fenerbahce, and cup winners Besiktas coach Tayfur Havutcu are among those who were jailed pending trial. Turkish Football Federation delayed start of the league until Sept. 9 because of the probe.

Lastly, Turkish court brought sanction to Turkish media ,not to talk or write about on going Turkish match-scandal case!

VERY IMPORTANT DAY FOR BESIKTAS, TRABZONSPOR AND BURSASPOR IN EUROPE

Besiktas, Trabzonspor and Bursaspor will have a very tight matches today in the Europa League playoffs.

Out of the three I think Besiktas has the weakest opponent....

They have a better chances to go to group stages than Trabzonspor and Bursaspor...

Besiktas play against Russia’s Alania, while Bursaspor and Trabzonspor apparently have tougher opponents....

Bursaspor will face Belgium’s Anderlecht and Trabzonspor will be in Spain to face Spain’s Athletic Bilbao team today .

While Trabzonspor and Bursaspor plays in away matches in the first leg matches, Besiktas will be playing in front of its home rowdy crowd.

Alania team is second division team from Russia and they are known as very rugged defensive team...

On the other hand Trabzonspor and Bursaspor should get a good scores from away matches if they want to play in the group stages in the Europa League...

The have to score goals even if they lose the matches....

Email ThisBlogThis!Share to TwitterShare to FacebookShare to Pinterest
Labels: TRABZONSPOR AND BURSASPOR IN EUROPE, VERY IMPORTANT DAY FOR BESIKTAS

Just last week,as I was talking to Scott Kessler from http://www.brotherlygame.com, we both agreed, it would be very good idea to talk to Freddy Adu's former coach Umit Kayihan and get his views about Freddy Adu.

So I made the first move, and asked all the questions to Mr. Kayihan in Turkish and Scott Kessler wrote the story...

The rest is history!

Here is the article by Scott Kesler on http://www.brotherlygame.com/2011/8/15/2365162/exclusive-freddy-adu-turkey-coach-umit-kayihan-philadelphia-union


The interview, and translation of it, was facilitated by Ahmet Turgut of Turkey Football and @TurkishSoccer.

Freddy Adu spent four long seasons dealing with an inability to make his way into a strong Benfica squad, moving around Europe on four consecutive loans. Then MLS came calling, with both Chivas USA and the Philadelphia Union showing major interest in Adu, before the Union ended up signing the 22-year-old.

Adu's last destination was Turkey, where he played for Çaykur Rizespor of the Turkish Football Federation League One (division two in the country).

Umit Kayihan spent that season as Adu's coach, watching the former teenage soccer prodigy grow from a player that count never justify his $2 million transfer fee from Real Salt Lake to Benfica into one worthy of play in major European leagues.

"[Adu] is very good skilled-full player and he has a good personalty," Kayihan told the Brotherly Game. "[Freddy] is very different now" that he has spent time in Turkey.

11 games with Rizespor brought four goals for Adu, with his first goal making its way into the soccer media mainstream. Adu had finally found a place to thrive and a place to mature.

"It's a little town and there isn't much, but I was there to play soccer," Adu told Yanks Abroad in June. "That was the main focus."

"I think I am a better player today than when I left MLS four years ago. Maturing helps a lot. As the years go on, you get older and start to put things together," said Adu to PhiladelphiaUnion.com last week.

Kayihan agrees that Adu benefited from playing for Rizespor, noting that it wasn't just the American international's game that developed, as the player himself stated.

"He is now mature," said Kayihan, "and a good professional. [Though] he has to work on his defensive soccer. He is weak at that."

The 20-year coaching veteran couldn't help but bring up Rizespor's near miss at promotion to the Turkish Super League when talking about Adu.

Kayihan said, "If I was [still] with team I would keep Adu . He could play in the Turkish Super league."

Nowadays the 57-year-old is out of work, let go from his head coach position at Rizespor, thought to be because of a lack of promotion. With an international diploma earned in England, Kayihan is looking to follow in the footsteps of his former player.

"I want to work in the USA," Kayihan said, with a tinge of unsubtle hopefulness for the future.

TFF, DELAYS THE DECISION ON MATCH-FIXING SCANADAL IN TURKEY

Turkish football federation has delayed the decision on possible sanctions for Turkish clubs implicated in a match-fixing scandal until a prosecutor's indictment into the case.

Turkish Football Federation president Mehmet Ali Aydinlar said the confidentiality of the investigation and the federation's inability to access or disclose certain evidence for the delay in possible punishments.


Also, Aydinlar said,the names that was involved in this case who are in jail and or out, including Fenerbahce president Aziz Yildirim, would face a disciplinary board.

Email ThisBlogThis!Share to TwitterShare to FacebookShare to Pinterest
Labels: DELAYS THE DECISION ON MATCH-FIXING SCANADAL IN TURKEY, TFF 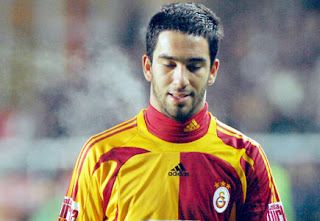 Turkish National Team coach Guus Hiddink has named a 23-man squad for a friendly against Estonia.

Hiddink called 8 players from Galatasaray and 7 from Fenerbahce. The Dutchman selected only one player from Besiktas and one from Trabzonspor.

Turkey squad for the friendly against Estonia on August 10 at Turk Telekom Arena:

Galatasaray's top officials has been assisting police with an inquiry into alleged match-fixing.


Former Galatasaray president Adnan Polat will be question by the Turkish police according to reports from Turkey.

According to reports, prosecutors were also scrutinizing the 2005-06 season, which Galatasaray won following a 1-1 draw between Fenerbahce and Denizlispor in the last game. They did not cite a source for the report.

It's very important to know though, those days, pretty much every team was involved with "incentive pay"(tesvik primi ) to other teams....

After the new law passed in back in April of this year , this became against the law..

Email ThisBlogThis!Share to TwitterShare to FacebookShare to Pinterest
Labels: Match-fixing investigation leaped to Galatasaray in Turkey