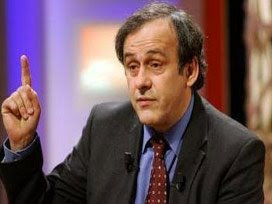 A press conference will be held after the meeting to announce the decisions made at the meeting.

The same day, Platini and Turkish soccer(football) Federation Chairman Haluk Ulusoy will sign a contract for Turkey's membership to the Grassroots Charter.
Posted by TURKISH FOOTBALL BY AHMET BOB TURGUT