Besiktas President Fikret Orman : We still have a chance against Liverpool ! 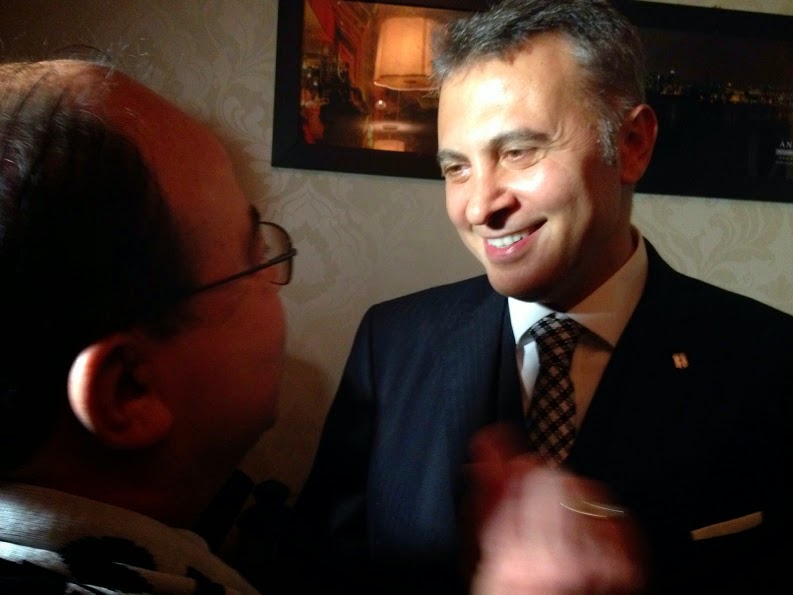 Where he saw his team lost  against Eskisehir.....

Fikret Orman was  very upset with that loss !

After the match, he attended Besiktas USA Gala, that night.

At the Besiktas USA Gala , I had a brief chance to talk to Fikret Orman about  the second leg match .

He said, "Besiktas still has a chance and with the help of the 12th man (Besiktas fans ),  we will fight until last minutes of the match "

He also said, if Besiktas plays like Besiktas we should have no problem beating Liverpool in Istanbul.

He went on to say ,"we want to go to our new stadium Vodafone Stadium as a Champion of Turkish Super League this year !"

According to him, Besiktas will move in  to Vodafone Satadium around September of this year !

Coming back to today's match against Liverpool, both team will miss important players...

Liverpool has  theh advatage but, it's very important to remember, a quick goal could put pressure on Liverpool at Ataturk stadium with rowdy Besiktas fans !

Besiktas, has huge problems at the back four.....

To order to win tonight, defense should have flowless match and they have to score goals..

Demba Ba and Gokhan Tore might play ....That will will be huge plus for Besiktas !

At the Gala, Demba Ba's jersey  sold for 30 thousand dollars while Besiktas USA raised  a lot of money from Besiktas players jerseys .

Turkish pop singer Gokhan Tepe who is also Besiktas fan was the entertainer for the night ...