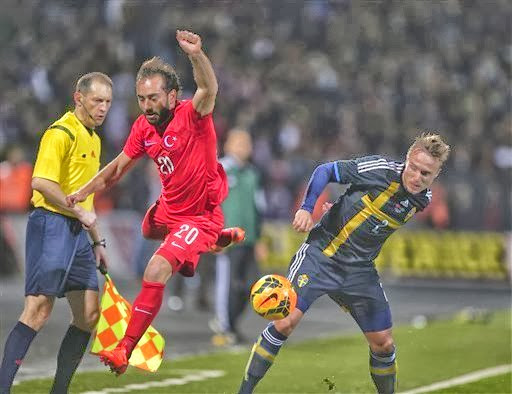 Turkey beat Sweden 2-1 with headers from Mevlut Erdinc and substitute Olcan Adin in a friendly on Wednesday.
Erdinc powered his header into the low right corner of the net after just two minutes when Gokhan Gonul lobbed the ball in from just outside the penalty area.
Sweden piled on the pressure at the end of the first half, with Zlatan Ibrahimovic leading the attacks. The visitors equalized in the 54th minute when Ola Toivonen, who replaced Ibrahimovic at halftime, stole the ball from a careless Semih Kaya and slotted home.
Turkey went ahead again four minutes later when Caner Erkin crossed the ball from the left and Adin, who replaced Burak Yilmaz, headed in from close range.
Neither team has qualified for the World Cup in Brazil.