Earlier in same day, Fatih Terim visited his father and mother at their house in Adana .

Fatih Terim has agreed a new deal with Turkish Football Federation that will keep him in charge until 2020.
He will be in fully charge of all the national team !

Terim began his third spell in control of the national team earlier this year after Abdullah Avci sacked by TFF , on a temporary basis.

The Turkish Football Federation quickly announced its intention to keep him in the job for the long haul after he left Galatasaray !
Fatih Terim will lead the team in their bid to qualify for Euro 2016.

"We want to be a permanent fixture at every tournament. To do this we thought we'd better get Fatih Terim. "
At the press conference Fatih Terim was upset with a question about his former team Galatasaray !
He said , it is is very nice that you ask question like that before national team match....
You should go ask Galatasaray officials that question , not to me ! He told the reporter ...
Turkey beat Northern Ireland with only  Mevlut Erdinc's goal in Adana, Turkey.
Turkey will play next match on Tuesday in Mersin, Turkey against Belarus . 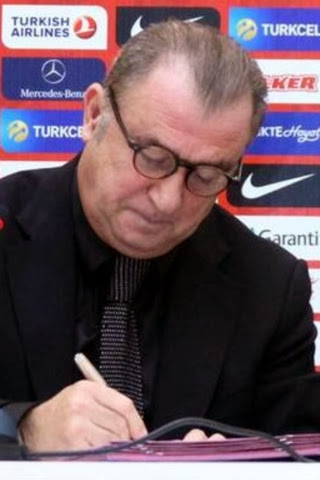