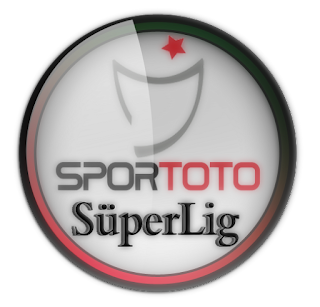 It is title-decider Sunday, in the Turkish Super League !

A win for Galatasaray in front of sell out home crowd could secure the Turkish Super League title, with two weeks to go in the league.

The team they are facing is Sivasspor....

Galatasaray who has been superb after Sneijder  and Droba joined the team in the mid season has won their last six matches!

If they win on Sunday, Galatasaray will claim the title for the first time when there is two weeks left to play!
That is another record for Fatih Terim and his Galatasaray team.

Galatasaray seven points ahead of second place Fenerbahce and they meet each other in Kadikoy next weekend in the week 33 .

That is why Galatasaray wants to win this match against Sivasspor and ease the tensions for the next weekend.

A win for Galatasaray will bring their 19th Turkish Super League title in Turkey....

Because of the nine game suspension Fatih Terim will not be at the sideline for this and their last home match against Trabzonspor but He will collect his 6th Championship title , after winning back to back four years in his first term as a Galatasaray coach ,he will win his back to back Championship in his third term !


With Unal Aysal coming in power and hiring Fatih Terim as a coach on his third spell was big success overall in Turkey and Europe!

First time in his career Fatih Terim after five tries, came out of group stages and played in quarter finals in the Champions League.

Again, players like Sneijder and Drogba who was bought by Unal Aysal were big help for Fatih Terim's Galatasaray!


There is no question about that.....

Drogba's leadership on and off the field showed character .

His knowledge of the match changed a lot of young Turkish players on the team too.....

I only hoped , he would have control his behavior on the sideline better  when he was riding this very sucses story this season !

He, him self even regretted what he have done was wrong !

Hopefully, he will learn to control his motions much better from the sidelines in the future.

On Saturday, Bursaspor beat Orduspor in Ordu 2-4 and captured the third place from Besiktas.

On Sunday, Besiktas must beat Eskisehirspor in Eskisehir if they want to get back on third place.

With Mersin already going down, Orduspor saying good bye on Saturday, the third team who will bite the dust will be Istanbul Buyuksehir, if they don't win on Sunday against Fenerbahce!

That would be huge upset if they beat Fenerbahce...

On the other hand , Akhisar has to win in Antalya to order to breath !

Buyuksehir and Akhisar winning on Sunday, will put  pressure teams like ,Elazig, Karabuk , Gazinatep and Sivas too ...

The matches between Karabuk vs Gazinatep  and Mersin vs Elazig will be very interesting to see too!

So,  there are a lot of good and decider matches in the Turkish Super League on Sunday.

Sit back ,and watch it all!