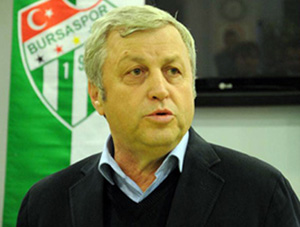 
The man who brought Championship to Bursa about three seasons ago, died today in Bursa after massive heart failure .

Ibrahim Yazici was 65 years old , even though  his Doctor told him not to attend his team matches , He was at Bursaspor last match.

Ibrahim Yazici was born in 1948 in Bursa. He was businessman, politician  also was manager and president of Bursaspor soccer club.

Back in 2010 season his team won the Turkish Super League title for the first time of the clubs history.

Former Besiktas player ,  Ertugrul Saglam was the coach at the time.

Current coach, Hikmet Karaman said , they were shock to receive the sad news.

He said, Bursaspor fans and him self is very sad to see their bosses passing away suddenly.

Coach Hikmet Karaman said, our president will be missed by Turkish Football fans and Bursaspor fans .