Very Crucial match for Besiktas in the Europa League 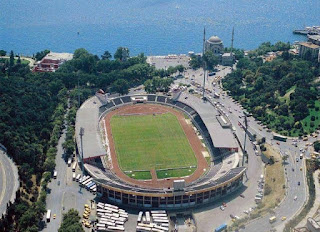 IT is do or die for Besiktas if they want to stay alive in the group....

Victory would move Besiktas above their opponents into second in the table!

Since defeat in Kiev, Besiktas have drawn 2-2 with Turkish Super League leaders Fenerbahce and won 3-1 against Sivasspor to lie fourth in the table on 17 points, four behind Fenerbahce.


Following the win over Sivasspor, Besiktas coach Carvalhal said,"now, all our focus is on Thursday's Europa League game against Dynamo Kiev."

Carlos Carvalhal wants his team to come through a tough period of games with victory against Dynamo Kiev in Europa League Group E.

Dynamo have an unbeaten record in the group to preserve as they have drawn at home to Stoke and away to Maccabi Tel Aviv in their two other games before the home win over Besiktas last time out in the competition last month.

Besiktas have won three of their last four European home games, and have scored eight goals in the two most recent continental fixtures at the Inonu Stadium.


A win in Istanbul is a must for Besiktas on Thursday night.....

Email ThisBlogThis!Share to TwitterShare to FacebookShare to Pinterest
Labels: Very Crucial match for Besiktas in the Europa League