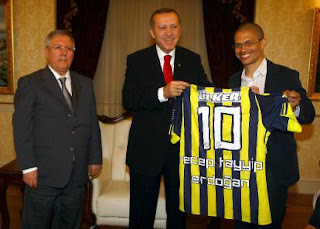 During the visit, Alex expressed his wish to be a Turkish citizen to Prime Minister of Turkey.

Prime Minister , Recep Tayyip Erdagan , responded with a smile and asked him "Did you pick a Turkish name"

Although, ALex playing football in Turkey for the last seven years, since he applied for Turkish Citizenship recently, he has to wait five years to claim his Turkish Citizen by than he will be 39 years old!