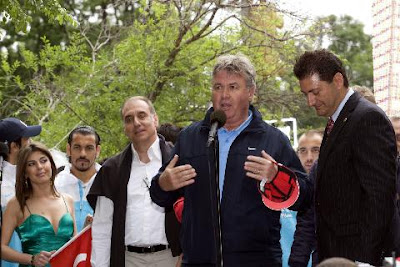 TFF president Mahmut Ozgener said that they were delighted to be part of the Turkish festivities and Thanked the Turkish) Americans to support the team in the first ever friendly match they played in the United states soil against Czech Republic in Red Bull Arena on Saturday.

Turkey's new head coach Guss Hiddink also thank the fans coming out and supporting the team on Saturday. He finished his remarks by saying in Turkish "En Buyuk Turkiye"
"Turkey is the Best"

Turkish National team enjoyed the boat trip with Turkish media around the Manhattan island too.

Some of the players including Emre Belezoglu got sick from the boat trip.

Guss Hiddink cancelled the Sunday night practice , they will practice on Monday with light work out and than on Tuesday they will play their second friendly match against Northern Ireland in Connecticut .

Turkey will play the most important friendly match against USA on this coming Saturday in Philadelphia.

This match will bring a lot of attention to Turkish National team from National media in the United States.

This will be the last match US team will play in the United Stated before the world Cup Tournament.

Look for large crowd on Saturday in the Lincoln Financial Stadium.

U.S.A National mens team will put out their starting line up against Turkey in this match. 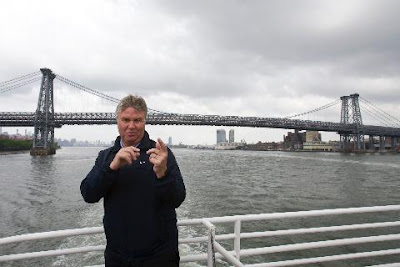 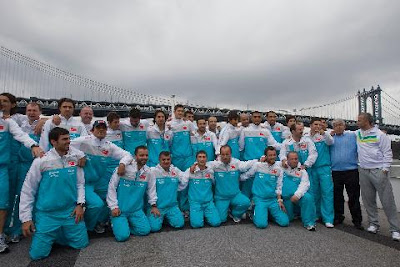