THE "BAD BOYS" IN UGLY ISTANBUL DERBY PUNISHED BY TFF 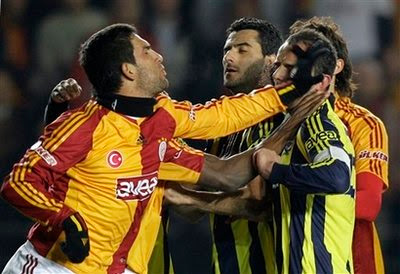 Galatasaray and Fenerbahce interact in the final minutes of their Turkey Super League derby match that ended in a 0-0 draw at the Ali Sami Yen stadium in Istanbul, Turkey, Sunday, April 12, 2009.(AP Photo/Ibrahim Usta)


The Verdict is in for the ugly match that happened last weekend.

Here are the suspensions.